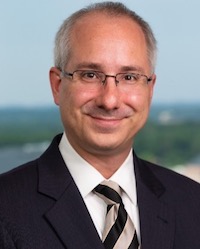 James leads the Litigation Division of the firm. He is a trial and appellate litigator handling a wide variety of civil cases in the state and federal courts of Virginia, D.C., and Maryland, ranging from contract disputes to real property claims, construction matters, and collections. At previous firms he litigated cases involving medical and legal malpractice, personal injury, insurance defense, and other areas of law. He has also successfully arbitrated and mediated numerous civil matters.

James is also a longtime member of the Fairfax Bar Association’s Circuit Court and CLE Committees. He has organized and moderated dozens of continuing legal education programs for fellow Fairfax practitioners, and in 2013 was given the FBA’s President’s Award for outstanding service to the Bar.

James is AV-rated by Martindale Hubbell, was a Thomas Reuters “Rising Star” in 2014, and a “Super Lawyer” from 2015 to 2020 in Appellate, Civil Litigation, and Real Property Law. During law school, he was an Associate Editor of the Civil Rights Law Journal, and served as the Honor Committee Chairman for two years.

U.S. Court of Appeals for the District of Columbia Circuit

U.S. Court of Appeals for the Fourth Circuit

U.S. District Court for the Eastern District of Virginia

U.S. Bankruptcy Court for the Eastern District of Virginia

U.S. District Court for the District of Columbia

U.S. Bankruptcy Court for the District of Columbia

U.S. District Court for the District of Maryland